Sooo, World Book Day is here and I am still on maternity leave. The part of maternity leave, in fact, during which my income is reduced to SMP, almost all of which is being used to cover basic bills.

I saw a Facebook post today, which made me a little sad. A woman on there was ranting about how – rather than dressing up – all the time, money and effort would have been better spent buying books, in order to honour WBD, but she completely failed to acknowledge the joy that children experience when being able to express their favourite stories in their own little fantasy worlds. She also failed to address the importance of talking when choosing and preparing the character your child ultimately wants to be. Needless to say, I set her straight 😉

My daughter got very excited – she’d get to dress up (her favourite thing, after playing schools) and be Hermione from the Harry Potter books! After waiting for clarification on whether dress-up was allowed, we had about 2 weeks’ notice to get working on her costume. Most of it had to be made with things I already owned – scrap fabric, beads, cardboard etc.. I did buy some wool for the scarf at £5, but used about £3 worth, so a £3 costume it was.

First things first, witched need a wand. I found a suitable stick, stripped it off its bark, sawed it to size and shaved bits off until it has a rough wand shape. Then I sanded it down and used PVA glue to adorn it with bits of string. Sorted. 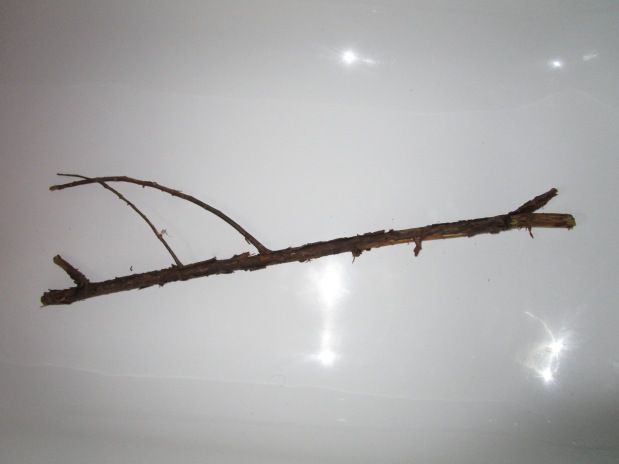 Above, the stick. The finished wand (the glue dried and became colourless): 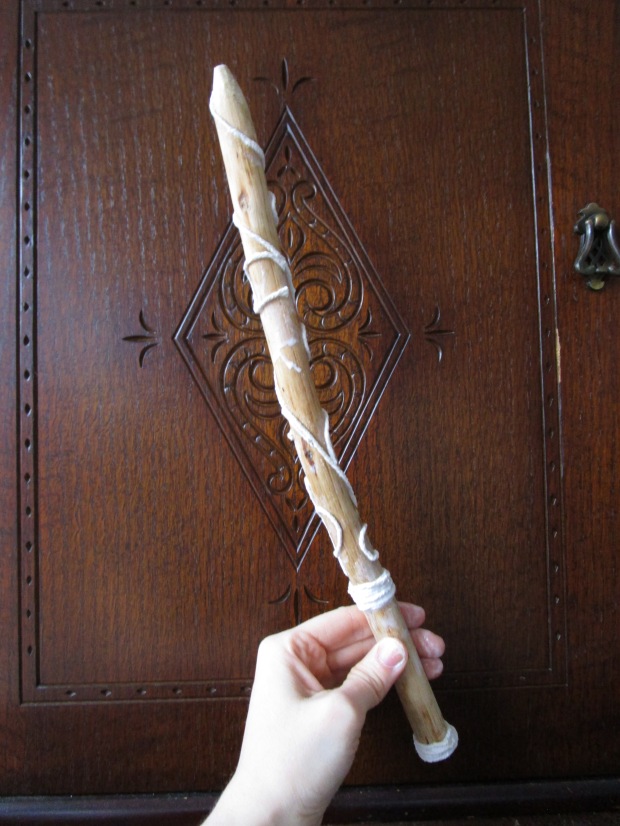 Next, we needed a book. Because Hermione always reads them. I decided on Hogwarts: A History, which is referenced throughout the series. I used three bits of card, old Christmas wrapping paper, duct tape, corrugated card, permanent marker, tape and a print-out of Hogwarts. 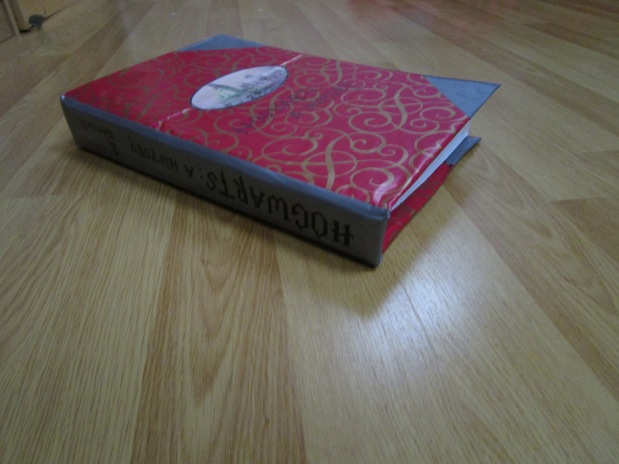 Then there was the time turner. Two beads, and interlocking, but twistable wire system, supported by yet more beads and some necklace off-cuts I still had lying around from my wedding: 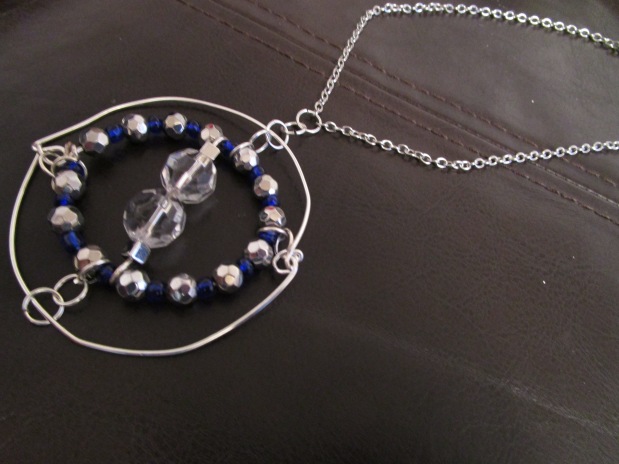 And lastly, I knitted a scarf from the wool and adorned it with a badge embroidered with simple sewing thread. I admit to not finishing the badge in time, but the main details – the head of Godric Gryffindor and the lion representing his house in Hogwarts were done. I rather inexpertly folded and pinned the badge in place, so that I can finish it off at a later time. 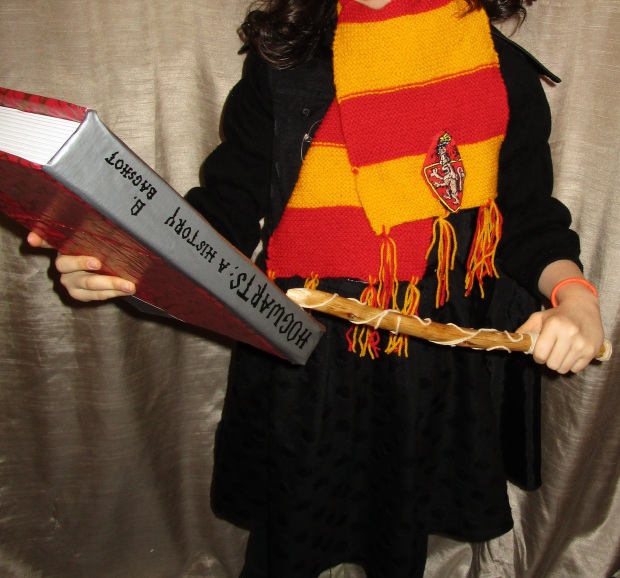 So there we go, one inexpensive costume, which has enabled me to get creative and have lots of talks with the girl about her favourite book series of all times.